for Windows XP or newer

Switch Accessible Boombox allows a user to utilize a virtual stereo (boombox). The program allows you to play your favorite songs or video clips through this boombox. The buttons on the boombox are pressed using one switch with timed scanning, two switches with step scanning or directly pressing them with a touch window or mouse. Optionally, auditory scanning of the buttons can be turned on.

In its simplest form, it can also be used as a very basic single switch cause and effect program. Pressing the switch will stop and start the music.

Optionally, speech synthesis (included with this program) will read the title of the song or movie clip before it is played. The buttons that appear on the screen (play, skip, raise volume..) can either be displayed as words or pictures. Buttons can be removed from the boombox in order to simplify the choices. 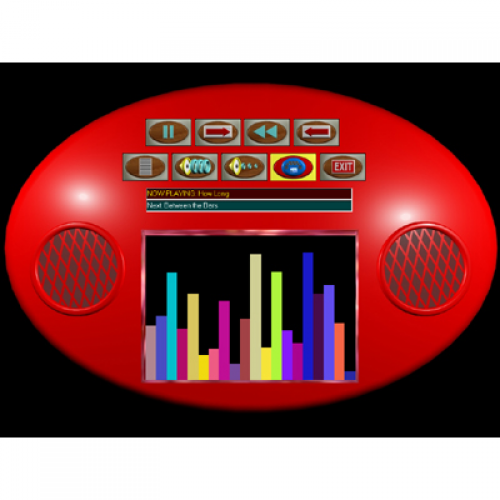