The NEW SuperTalker FT includes four interchangeable keyguards that can be used to create a communication device with one, two, four, or eight message locations. SuperTalker FT contains a Feather Touch activation surface that is sensitive enough to detect the lightest of touches. Eight recording levels give you the ability to record up to 64 unique messages. 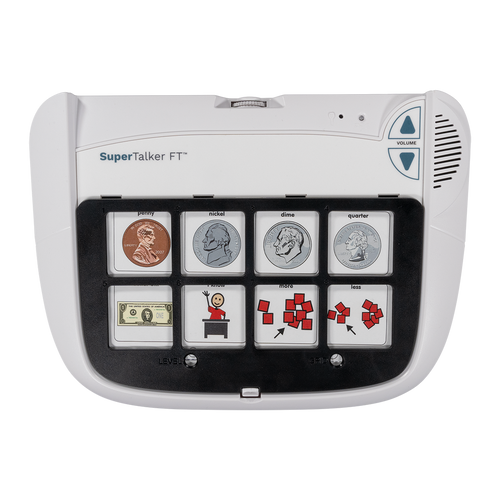