for Windows XP or newer

Wheel of Sounds is a switch-activated game that plays an object's sound when the object is selected by the spinner. The spinner is activated by either step scanning, timed scanning, a single switch press, a mouse or touch-screen. Once the picture is selected and the sound is played, a new picture will take its place.

Wheel of Sounds gives you the capability of setting the field of pictures to display 2, 3 or 4 pictures at a time, creating customized games by selecting only certain pictures to include in a game, and optionally adding your own pictures and sounds. Included with the program are separate games for pictures of various objects, a game for letters, a game for colors and a game for numbers. Auditory scanning is built into the program. 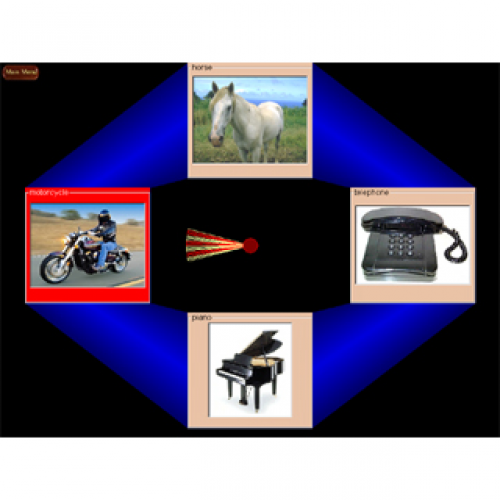